Toxins remain in your clothes 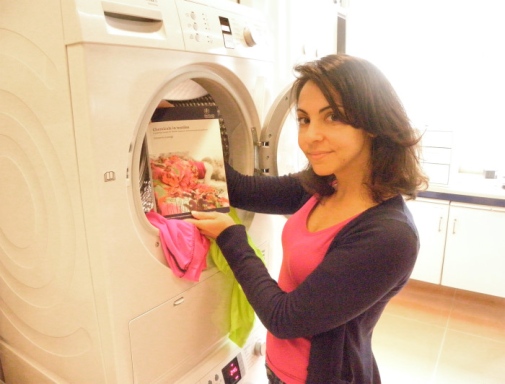 (October 23, 2015)  Thousands of chemicals are used in clothes manufacturing. Researchers at Stockholm University have examined if there are chemicals in the clothes we buy as well. Several substances related to health risks were identified and not even organic cotton was a guarantee for non-toxic textiles.

In a new thesis 60 garments from Swedish and international clothing chains have been tested. An initial analysis found thousands of chemicals in the clothes and around a hundred chemicals were preliminary identified. Several of the substances were not on the producers’ lists and are suspected to be by-products, residues or chemicals added during transport.

“Exposure to these chemicals increases the risk of allergic dermatitis, but more severe health effect for humans as well as the environment could possibly be related to these chemicals. Some of them are suspected or proved carcinogens and some have aquatic toxicity”, says Giovanna Luongo, PhD in Analytical Chemistry at Stockholm University.

Depending on occurrence, quantity, toxicity and how easily they may penetrate the skin, four groups of substances were chosen for further analysis. The highest concentrations of two of these, quinolines and aromatic amines, were found in polyester. Cotton contained high concentrations of benzothiazoles, even clothes made from organic cotton.

The researchers washed the clothes and then measured the levels of chemicals. Some of the substances were washed off, with a risk of ending up in aquatic environments. Others remained to a high degree in the clothes, becoming a potential source of long-term dermal exposure. It is difficult to know if the levels of these harmful substances are hazardous, and what effects chemicals in our clothes can have in the long run.