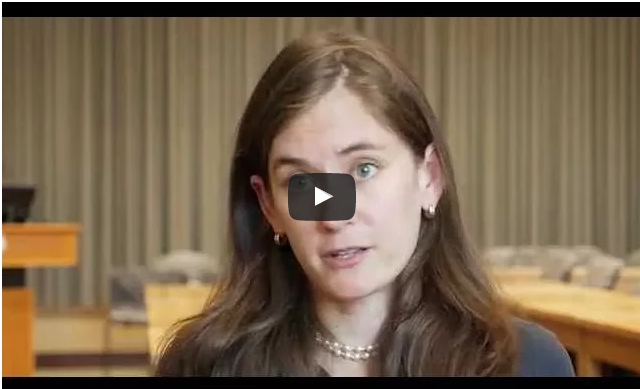 (October 28, 2015)  It’s a frustrating fact that most people would live longer if only they could make small changes: stop smoking, eat better, exercise more, practice safe sex. Health messaging is one important way to change behavior on a large scale, but while a successful campaign can improve millions of lives, a failed one can be an enormous waste of resources.

So Falk and her team take a different approach: They look inside people’s brains. 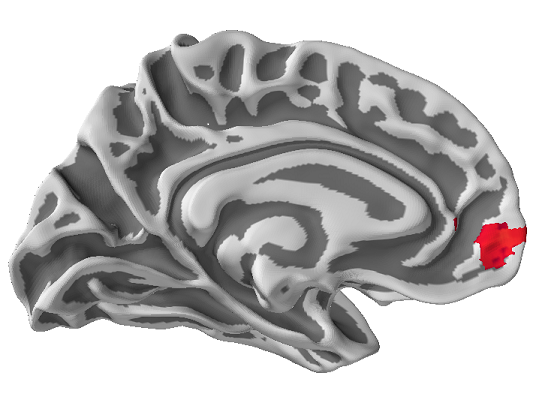 The red highlighted area depicts the brain area of interest in this study.

In a study soon to be published in the journal Social Cognitive and Affective Neuroscience, the researchers found that brain activity in just 50 smokers in Michigan was able to predict the outcome of an anti-smoking email campaign sent to 800,000 smokers in New York State.

In collaboration with the University of Michigan Center for Health Communications Research and Research Center for Group Dynamics, the researchers recorded 50 smokers’ brain activity using functional magnetic resonance imaging (fMRI) as each smoker viewed 40 anti-smoking images, one by one.

In particular, Falk’s team focused on the medial prefrontal cortex (MPFC), an area of the brain that helps us decide what information is relevant and valuable to us.

The researchers predicted that the more activity an image stimulated in the brain’s MPFC, the more motivating and self-relevant that image would be to make that person stop smoking.