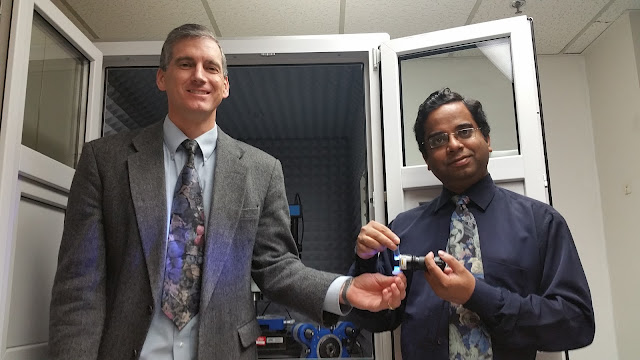 DEVELOPMENT CAN OFFER AN ENVIRONMENTALLY SUSTAINABLE ALTERNATIVE TO CURRENT METHODS

(October 13, 2015)  Most Christmas lights, televisions and flashlights have one thing in common: they’re made with light emitting diodes (LEDs). LEDs are widely used for a variety of applications and have been a popular, more efficient alternative to fluorescent and incandescent bulbs for the past few decades. Two University of Utah researchers have now found a way to create LEDs from food and beverage waste. In addition to utilizing food and beverage waste that would otherwise decompose and be of no use, this development can also reduce potentially harmful waste from LEDs generally made from toxic elements. 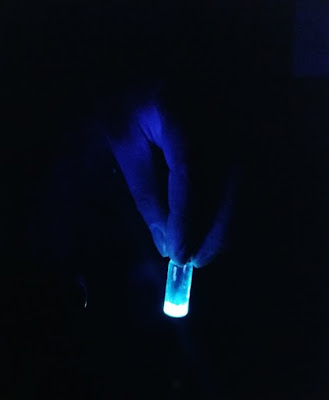 The luminescence of carbon dots can be seen when
irradiated with UV light. Photo credit: Prashant Sarswat

LEDs can be produced by using quantum dots, or tiny crystals that have luminescent properties, to produce light. Quantum dots (QDs) can be made with numerous materials, some of which are rare and expensive to synthesize, and even potentially harmful to dispose of. Some research over the past 10 years has focused on using carbon dots (CDs), or simply QDs made of carbon, to create LEDs instead.

Compared to other types of quantum dots, CDs have lower toxicity and better biocompatibility, meaning they can be used in a broader variety of applications. 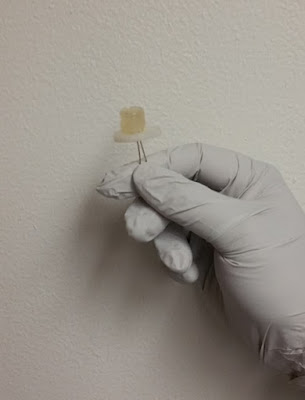 U Metallurgical Engineering Research Assistant Professor Prashant Sarswat and Professor Michael Free, over the past year and a half, have successfully turned food waste such as discarded pieces of tortilla into CDs, and subsequently, LEDs.

The results were recently published in Physical Chemistry Chemical Physics, a journal of the Royal Society of Chemistry.