Chemical microdroplet computers are easier to teach than to design 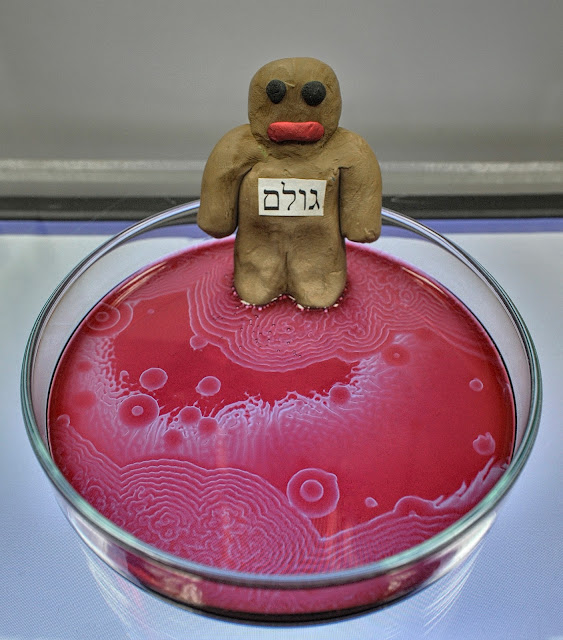 (October 15, 2015)  Scientists from the Institute of Physical Chemistry of the Polish Academy of Sciences in Warsaw in cooperation with the Institute of Physics of the PAS and the University of Jena have developed the concept of a simple chemical computer made of microdroplets capable of searching databases. Computer simulations, carried out on databases of malignant tumours, have confirmed the validity of the adopted new design strategy, which opens the door to the
popularisation of chemical methods of processing information.

Under the appropriate conditions, oscillating chemical reactions can occur inside a droplet. If there is more than one droplet and they are in contact with each other, the resulting chemical waves are able to penetrate into neighbouring droplets and disperse throughout the whole complex. This phenomenon is well-known, and attempts are being made to use it, among other things, for chemical data processing. Propagation of information throught many droplet system depends on their geometrical arrangement. Up to now, not much was known about how to design the shape of the microdroplet complexes for them to execute specific tasks. So, at the Institute of Physical Chemistry of the Polish Academy of Sciences (IPC PAS) in Warsaw, Poland, a novel strategy has been proposed. Instead of laboriously designing complex systems of microdroplets for a particular purpose, it is better to first produce a system, and then try to teach it something useful.

“We adopted a strategy that nature uses with great efficiency. Let's just look at ourselves. After all, our brains don't evolve to, for instance, recognise letters! First the brain comes into existence, and only then does it learn to read and write. Why not approach complex microdroplet systems in a similar manner, since we know that they also process information? Our proposal is therefore as follows: first let's make a system of interacting chemically microdroplets, and then let's check what it can learn to do,” says Prof. Jerzy Górecki (IPC PAS).