Robots and us: Should cars be fully driverless? No, says an MIT engineer and historian. 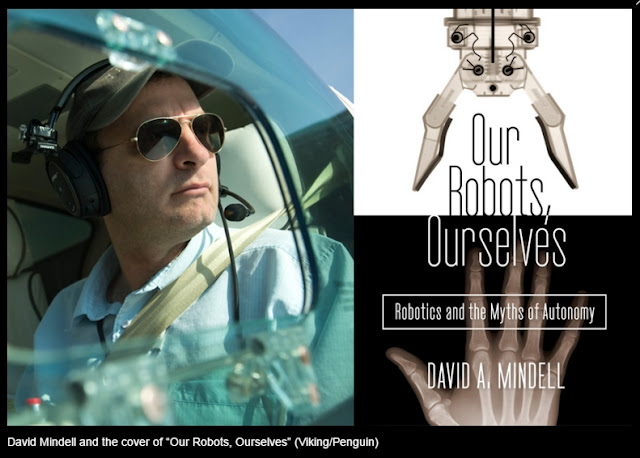 (October 14, 2015)  If you follow technology news — or even if you don’t — you have probably heard that numerous companies have been trying to develop driverless cars for a decade or more. These fully automated vehicles could potentially be safer than regular cars, and might add various efficiencies to our roads, like smoother-flowing traffic.

Or so it is often claimed. But the promise of artificial intelligence, advanced sensors, and self-driving cars could be achieved without full autonomy, argue scholars with deep expertise in automation and technology — including David Mindell, an MIT professor and author of a new book on the subject.

If robotics in extreme environments are any guide, Mindell says, self-driving cars should not be fully self-driving. That idea, he notes, is belied by decades of examples involving spacecraft, underwater exploration, air travel, and more. In each of those spheres, fully automated vehicles have frequently been promised, yet the most state-of-the-art products still have a driver or pilot somewhere in the network. This is one reason Mindell thinks cars are not on the road to complete automation.

“That’s just proven to be a loser of an approach in a lot of other domains,” Mindell says. “I’m not arguing this from first principles. There are 40 years’ worth of examples.”

Now Mindell, the Frances and David Dibner Professor of the History of Engineering and Manufacturing in MIT’s Program in Science, Technology, and Society, and also a professor in MIT’s Department of Aeronautics and Astronautics, has detailed the history in his new book, “Our Robots, Ourselves,” being published Oct. 13 by Viking Books.