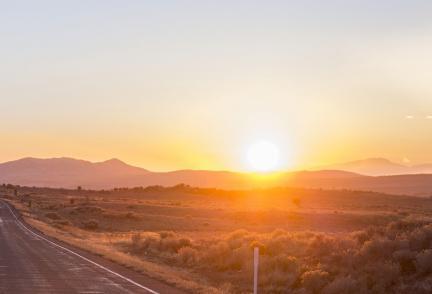 (October 13, 2015)  Researchers at Lund University in Sweden have found a new way to capture energy from sunlight – by using molecules that contain iron. The results are presented in the latest issue of Nature Chemistry. The hope is to develop efficient and environmentally friendly solar energy applications.

Solar energy is an inexhaustible resource that we currently only utilise to a very limited extent. Researchers around the world are therefore trying to find new and more efficient ways to use the energy in sunlight.

The technique the researchers in Lund are working on is solar cells consisting of a thin film of nanostructured titanium dioxide and a dye that captures solar energy. Today, the best solar cells of this type use dyes containing ruthenium metal – a very rare and expensive element.

“Many researchers have tried to replace ruthenium with iron, but without success. All previous attempts have resulted in molecules that convert light energy into heat instead of electrons, which is required for solar cells to generate electricity”, says Villy Sundström, Professor of Chemical Physics at Lund University.

Researchers at the Chemistry Department in Lund, in collaboration with Uppsala University, have now successfully produced an iron-based dye that is capable of converting light into electrons with nearly 100 per cent efficiency.

“The advantage of using iron is that it is a common element in nature. It can provide inexpensive and environmentally friendly applications of solar energy in the future”, says Kenneth Wärnmark, Professor of Organic Chemistry at Lund University.

By combining the experiments with advanced computer simulations, the researchers are able to understand in detail required design concepts for the iron molecules to work. This knowledge is now being used for further developing the iron-based dyes. More research is needed before the new solar cell dye can be used in practice, but there are high hopes.