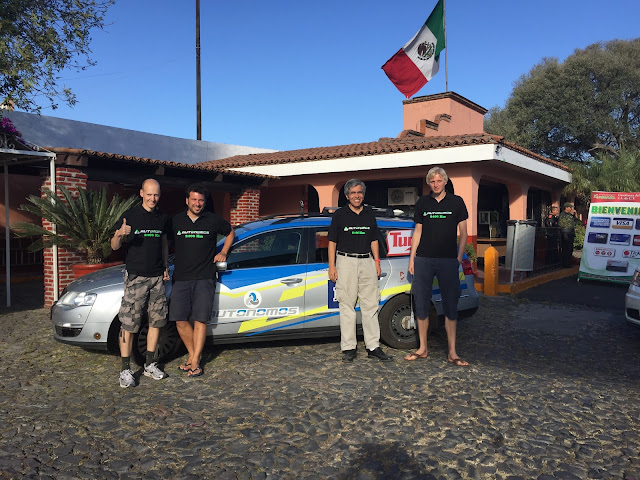 (October 22, 2015)  An autonomous car developed at Freie Universität Berlin has traveled through Mexico without any human intervention. Named AutoNOMOS, the car traveled 2400 kilometers and reached Mexico City on Tuesday. According to the researchers' knowledge, this was the longest journey ever completed by an autonomous vehicle in Mexico. The car traveled 2250 kilometers on freeways and 150 kilometers through cities; part of the route led through the semi-arid Sonoran Desert. Designed by researchers in the groups of Professor Raúl Rojas and Professor Daniel Göhring, the car had previously traveled autonomously in Germany, the United States, and Switzerland. Long-distance test drives of autonomous vehicles routinely take place in the USA and in Europe. The researchers have no knowledge of reports of this type of journey in Latin America up to now. 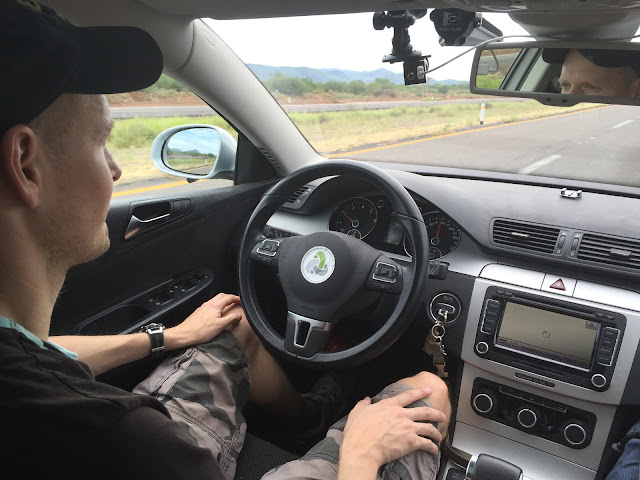 The scientists spent almost a year preparing for this test drive. Last Sunday the autonomous car reached the city of Guadalajara after traveling 1650 kilometers from the US-Mexico border. The car passed through four Mexican states, crossed the semi-arid Sonoran Desert as well as tropical regions in Sinaloa, and then crossed the mountains to Jalisco. The road conditions included everything from new freeways to numerous construction sites, as well as narrow old roads lacking lane markings and hard shoulders. The Nogales-Guadalajara freeway is also interrupted several times by urban areas. The "driving intelligence" required by the autonomous vehicle was thus higher than that required for perfectly built and wide highways. "These challenges are exactly what attracted us to the experiment in Mexico, which was accompanied by police cars of the Mexican Federal Police," said Rojas.

The team consists of scientists led by Professor Raúl Rojas and Professor Daniel Göhring from the Department of Mathematics and Computer Science. In September some of the computer scientists drove through parts of the USA and Mexico, collecting data from 6000 km of freeways in both countries. They did this in cooperation with the University of Nevada in Reno. The navigation maps required for autonomous drives are much more detailed and complex than those required for conventional devices. The calculations for the creation of maps with the collected data took place in Berlin up to the beginning of October. The maps were tested on the road.