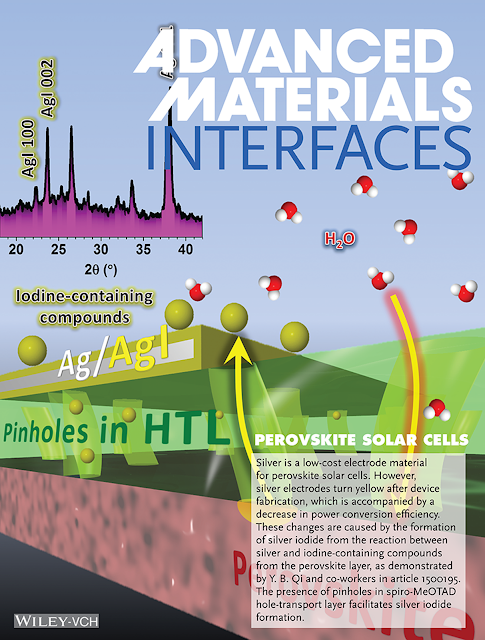 (October 15, 2015)  Perovskite solar cells are the rising star in photovoltaics. They absorb light across almost all visible wavelengths, they have exceptional power conversion efficiencies exceeding 20% in the lab, and they are relatively easy to fabricate. So, why are perovskite solar cells yet to be found on the top of our roofs? One problem is their overall cost, and another is that cheaper perovskite solar cells have a short lifespan. A study published in Advanced Materials Interfaces  by the Energy Materials and Surface Sciences Unit at the Okinawa Institute of Science and Technology Graduate University (OIST), reveals a cause for the short lifetime of perovskite solar cells with silver electrodes.

Currently, the most common electrode material in perovskite solar cells is gold, which is extremely expensive. A low-cost alternative to gold is silver, around 65 times cheaper. To keep the cost even lower, the team wants to use solution-processed method to fabricate the layers of the solar cell, instead of expensive vacuum-based techniques. The problem of using silver electrodes and the solution-based method is that silver gets corroded within days of the solar cell fabrication. The corrosion makes the electrode turn yellow, and reduces the efficiency of the cell. The OIST team, headed by Prof. Yabing Qi, has demonstrated the cause of this degradation and proposed an explanation. 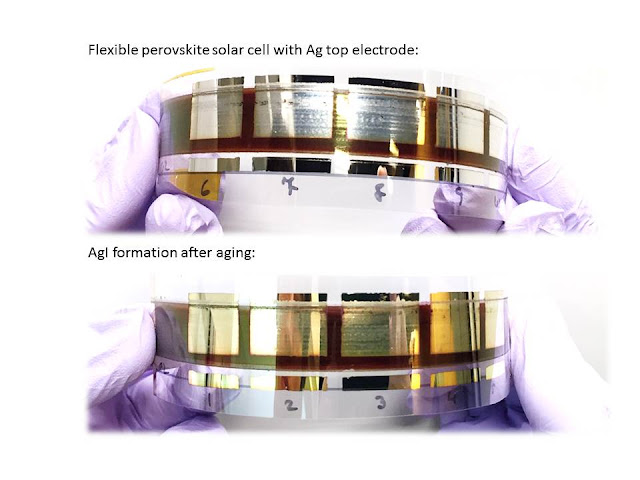 Perovskite solar cells are composed of a sandwich of layers that work together to transform light into electricity. Light is absorbed by the perovskite material and stimulates electron excitations, generating the so-called electron-hole pairs. In simple terms: when electrons are excited, they “jump and leave holes behind.” Excited electrons and holes are transported in opposite directions by the adjacent layers of the solar cells, comprising of an electron-transport titanium dioxide layer, a spiro-MeOTAD hole-transport layer (HTL), a glass layer coated with a transparent conductive material, and a silver top electrode. The whole mechanism generates current, but it needs the correct functioning of each layer of the solar cell in order to work efficiently. “If one layer fails, the whole solar cell will suffer,” explains Luis Ono, a staff scientist and group leader in Prof. Qi’s unit. 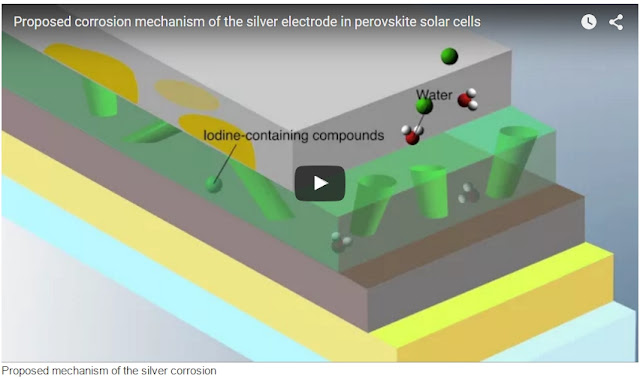 In this study, the team analysed the composition of the corroded silver electrode and identified the formation of silver iodide as the reason for the electrode corrosion. The color change was due to the oxidation from silver to silver iodide. They also found that exposure to air accelerates the corrosion, when compared to dry nitrogen gas exposure. 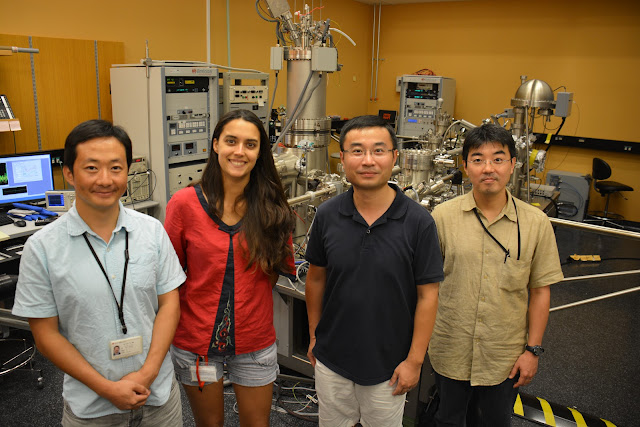 Some of the researchers of the Energy Materials and Surface Sciences Unit
From left: Shenghao Wang, Sonia R. Raga, Yabing Qi and Luis K. Ono

The team proposed a mechanism for this damage: silver iodide forms because gas molecules from ambient air reach the perovskite material and degrade it forming iodine containing compounds. These iodine-containing compounds diffuse to the silver electrode and corrode it. The migration of both air molecules and iodine-containing compounds could happen through small pinholes present in the spiro-MeOTAD HTL layer (see animation). The pinholes present in the spiro-MeOTAD HTL layer produced with the solution-processed method were identified some months ago by Zafer Hawash, a PhD student in the same laboratory.