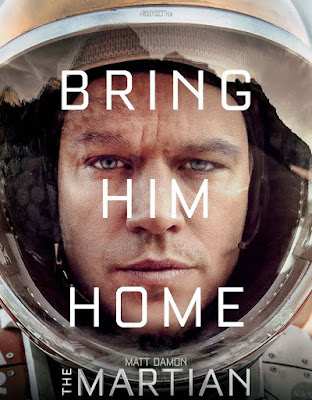 (October 20, 2015)  Scientists at Washington State University and the University of Idaho are helping students figure out how to farm on Mars, much like astronaut Mark Watney, played by Matt Damon, attempts in the critically acclaimed movie “The Martian.”

WSU physicist Michael Allen and UI food scientist Helen Joyner teamed up to explore the challenge. Their five-page study guide was published online at the National Center for Case Study Teaching in Science the day the movie premiered earlier this month, said Allen.

“Congratulations! You are leaving Earth forever,” the case study begins. “You are selected to be part of a mining colony of 100 people located on the planet Mars. Before you head to Mars, however, you need to figure out how to feed yourself and your colleagues once you are there.”

The task is similar to that of Watney, who must grow food in an artificial habitat after he is separated from his mission crew in a Martian windstorm: “Mars will come to fear my botany powers,” he boasts.
The film has been praised for its scientific accuracy, with the exception of the storm’s unlikely intensity. The movie led the box office for the first two weekends of the month and has grossed more than $143 million, according to Box Office Mojo.

No consensus yet on ‘optimal foods’

Allen and Joyner have students identify potential challenges to producing crops indefinitely and develop criteria for selecting crops. Students then use a scoring system to select three optimal foods.